It's that damn cat.

Are you a warrior?

No seriously, do you live by some valiant Warrior Ethos? Do you have a Warrior stamp or Warrior brand? Do you feel like the world would be less safe without you in it or perhaps, on a different side of things, much safer with you gone? You know because you are so dangerous and all? Are you the guy that has to keep his hair military short and do you have some form of Chinese or Gothic lettering tattoo indicating your warriorship?

Do you ALWAYS use military terms or terminology that makes you sound more dangerous or lethal than you really are?

Do you always regale females, children, and senile older people with your stories? Do you feel like…some zenlike force guides you on your journey as a warrior?

Because I don’t. I suppose at times in my life I’ve been a soldier, paid crimefighter, and ..I guess if we HAD to use the ‘M’ word…Mercenary(though Private Contractor is more polite). I mean, I have been in like…I guess you could say a warzone or two, and made my living for most of my adult life on other people’s miseries(well save for the year or so here and there that I just didn’t do shit. once in the 90s and once in this last decade..partially how I discovered the chan scene).

Guys who are new in the military who strut around in unit shirts, shaved head, etc. and basically go up to cumdumpsters and brag about their mos and their E-3 paygrade.

SWAT guys or just normal road guys who remind me of either Tackleberry or Farva. Guys who never joined the US military, but SWEAR they could out Delta Delta. Any day of the week. Except when their diabeetus isn’t acting up or the sun isn’t in their eyes.

Newly minted “road guys” who have wet dreams of being in a SWAT team.

or just plain fat ass poser ass cocksuckers who buy ARs and all the 5.11 gear they can afford and refer to themselves as civilian sheepdogs.

And …I have known ghouls. Real fucking ghouls who were the real deal and slaying bodies was literally like a game to them. And in a way it is because like when you’re there doing your thing it’s like…you’re just worried about threat, target, reload if necessary, think that’s the last of them? No. Wait. Pop. Pop. Pop. …got ‘im? Wait….pop. There we go. or something like that. But like they genuinely didn’t give a fuck. I don’t mean like some psycho screaming “I DON’T GIVE A FUCK” but like the cold kind of give a fuck where they really don’t. Live or die doesn’t register. They do what they do and if they live, good, if they don’t, oh well. I never come that close I don’t think…at least I would hope not. But it’s easier than you think because one can get restless.

However, I will say that in my own way I am a wannabe. I am. I’m a wannabe in the worst way.

I think of all the things I’ve done and seen…I feel out of place the whole way. I’m a person who wants just to be normal. I don’t want some stupid tattoo…I don’t cut my hair stupid short(It’s a bit long and slightly styled) and have contemplated growing facial hair(because I can). I kinda just want to not have a stigma or anything.

It’s rather silly I suppose, but like the people I knew once who had gotten a tad old and fat and settled with their wives. I mean, I’m not old, nor especially young. I’m kinda at the midway point…and…I still live like I’m in my early 20s. Cuff of my spirit and unsettled nor unfettered and doing whatever the fuck I want. But it’s rather empty because that would normally be cool if I did the cubicle thing. But…Like….

I’m the worst kind of wannabe because I wannabe the boring person who doesn’t have the “reputation” or the “history” or the this or that. I see guys getting fucking St. Michael tattoos(no diss to Swissie, cuz he’s not the only one…and these dudes are much older than He) or stupid ass tattoos like 1* or some shit.

And..I resent them. Because they waste their time and money on guns and tattoos and fucking trucks and they have like wives and kids. I also hate guys older than me who have all kinds of delusions like SWAT teams and contracting and shit. And I mean delusions because they are balding, chubby, and ….yeah they can shoot a paper target with an AR15 okay…but they can’t run and do stuff without huffing and puffing…or barfing.

And they refer to themselves as Operators. And I don’t mean in the ironic way that we all do here(and seriously I hope it IS ironic), but like…they mean it.

Now I’m not bagging everyone because some legit people really do the Lord’s Work and without bitching or fanfare. Seriously, I have more respect for the military cook who does his job and is content than the E-1 Snuffy who runs his mouth. Because the cook is doing his job. He’s feeding people. The cocksucker is sucking cock.

And not every SWAT guy is a douche…they are just normal guys doing whatever they have to. No mystique to it or anything. And it’s nothing admirable at all.

Seriously, I would hate to have lived a life and the only thing I thought I did was cool was be a paid trigger puller or paid feelings hurter. That thought alone is slightly spine shivering.

Also…New Order has a song for everything. Like Regret. As with most New Order songs it’s about a guy fighting off drug addiction.

Personally I look down on all warriors and would sooner sell all my shit, buy a van, and live off the land in Montana occasionally stopping into the nearest town for a teenaged white girl of my preferred flavor.

And not work except once in a while if I needed money. Because really, None of it does any good. You fight civil wars, world wars, cold wars, wars against terrorism and shit still goes to pot.

You may think that I’m out of hand
That I’m naive, I’ll understand
On this occasion, its not true
Look at me, Im not you

Actually…This thread is now about the black haired girls.

Because they are the chicken soup/haagen daz ice cream for my soul. The Steel Magnolias for my spirit whenever it needs a good cry.

Especially the ones that won’t drink all the booze, take more pills than me nor need me as some form of crutch.

With kisses that taste of black raspberries instead of cigarettes and vodka.

..and they voted Republican. And they will fix all of my problems.

The Calgon of my dirty laundry. That they will do for me! Yes…YES! Heck, maybe instead of like screwing just some simple cuddling. And instead of some fucking pop band that I know nothing of and hate…we can spin some of my Transvision Vamp or Depeche Mode. YES YES!

Heck they even have jobs beyond working at Smoothie counters and retail.

Responsible healthy people who are good for me. Just normal, conservative stable people who believe in three squares, efficient German sex, and not blowing up cell phones with texts. 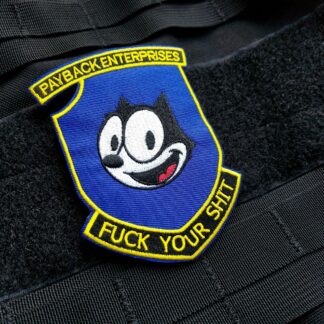