A while ago, some state senators exercised their political muscle by denying quorum to vote on a bill that would have hurt more than it helped. When threatened, one made sure it was known that attempts to bring him back to the capitol would be ill-advised. This is a heavy quote, don’t break it out lightly.

It worked, BTW, the bill failed.

This is a 3″ wide, velcro backed embroidered patch, it’s been slightly redesigned from previous versions and is a little shorter vertically to better fit on hats. 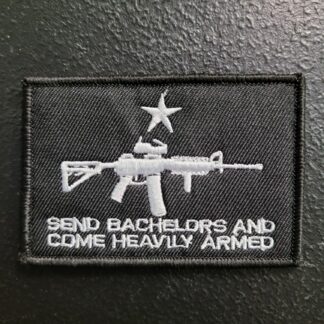