The Forest Brothers (also Brothers of the Forest, Forest Brethren, or Forest Brotherhood) were Estonian, Latvian, and Lithuanian partisans who waged a guerrilla war against Soviet rule during the Soviet invasion and occupation of the three Baltic states during, and after, World War II. This is a 3″, embroidered, velcro backed patch. 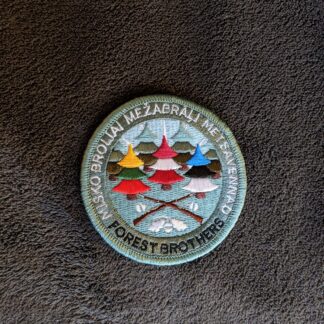