It’s mostly the History Channel and that lame ass “documentary” about the M16 as well as the bullshit minutiae spread about it that gets repeated over and over without any research or thought based on ANECDOTAL AND CONJECTURAL Vietnam Era bullshit.

If you look at the history, it was NOT ADVISABLE for any M16 to be left to fall into NVA hands. They would use them until they ran out of ammo(and never complained, in fact they rather liked the rifle) or it would go to the Russians(yes…trust me on this) for study.
At least during the very beginning.

What was the downfall was the
A: lack of training
B: faulty ammunition.

Once that was ameliorated, nobody bitched.

The Special Forces Advisors and Rangers who went to Vietnam before any conventional forces did bought their AR-15s(M16s DID NOT EXIST at this time) Commercial off the Shelf and ran the prescribed ammo for it and nobody had problems.

Actually I’d sooner run the gun drier rather than wetter.

There aren’t that many points of lubrication on the gun and they don’t need to be DROWNED in oil.

I also do not, I say again do not use motor oil on ANY AR platform rifle.

Keep in mind, we had brand new AKs at one time and there would STILL be a jam(though that was typically ammo related).

No weapon is perfect. It’s all mind games.

It’s a machine, it’s a mechanical device built by imperfect and fallible human beings that relies on moving parts and a controlled blowback or gas pressure from a small explosion to work.

What the fuck do you think is going to happen? Any gun that requires propellant can and will jam through no real inherent design flaw other than it relies on a propellant based cartridge.

Any weapon system is only as reliable as the end user manipulating it.

Stop blaming other people for your fuck ups. 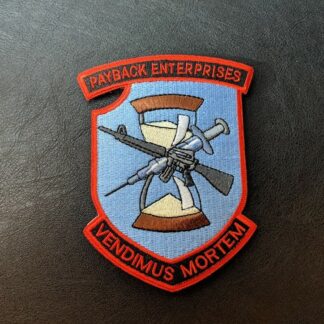