This is a 4″ tall, woven, velcro backed patch of a mushroom.

This is a 4″ tall, woven, velcro backed patch of a mushroom.

A mushroom or toadstool is the fleshy, spore-bearing fruiting body of a fungus, typically produced above ground, on soil, or on its food source.

The standard for the name “mushroom” is the cultivated white button mushroom, Agaricus bisporus; hence the word “mushroom” is most often applied to those fungi (Basidiomycota, Agaricomycetes) that have a stem (stipe), a cap (pileus), and gills (lamellae, sing. lamella) on the underside of the cap. “Mushroom” also describes a variety of other gilled fungi, with or without stems, therefore the term is used to describe the fleshy fruiting bodies of some Ascomycota. These gills produce microscopic spores that help the fungus spread across the ground or its occupant surface.

Forms deviating from the standard morphology usually have more specific names, such as “bolete“, “puffball“, “stinkhorn“, and “morel“, and gilled mushrooms themselves are often called “agarics” in reference to their similarity to Agaricus or their order Agaricales. By extension, the term “mushroom” can also refer to either the entire fungus when in culture, the thallus (called a mycelium) of species forming the fruiting bodies called mushrooms, or the species itself. 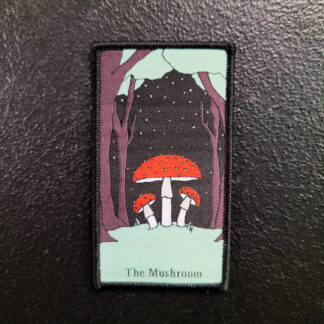